Emerging from one of the eddies in the independent undercurrent of Brisbane’s 90s music scene, the past 2.5 decades have been of ceaseless reinventive spirit, playing with form and flux, the affection of self-parody, ever ambling a rickety bridge of modus vivendi, all bagged up with an effervescent outsider enthusiasm that has never left their skin. And now... to pound the quarter century mark with a fully blown visually rehabilitated retrospective of a show straddling a holographic hyperbole of antiquated technology, trawling the analogue back through the digital.

And when it comes to those ubiquitous lists... maybe 11 ALBUMS or so if you count the live, Jingles compilation and latest kids release; EPs surely must be 7 of these at least... and in their time maybe 16 singles, a few 7inches and 5 or so DVD releases. And MUSIC VIDEOS feels like maybe 47 or so of those... SHIRTS jeez, must have been close to 120 or so designs spread across... approximately 905 PERFORMANCES or thereabouts including maybe 25 national headline tours, 6 Big Day Out tours, so many festivals you could poke a stick at... along with some great times playing with DEVO, Boredoms, The Prodigy, TISM, Audio Active, CIV, The Mint Chicks, Ratatat, Senyawa, Red Hot Chili Peppers, Helmet, The Melvins and more including the odd collaborative excursions into theatre, dance, live soundtracks and generally just bent on allowing an unstable ingenuity... and on that note who could forget 21 days inside a glass BUBBLE!

Whatever the extent of this output means in the greater scheme of things the obvious consistencies have always been the open pursuit of creative probity, humour above serious intent, sustainable mentalities above any need for dominance, and about as honest unto themselves as possible - whomever that might be? All in all just playing to the ad-hoc... making it up as it goes.

Joining us for this head-brush of a warp drive through our times is none other than Japan's coruscating icons of sugar punk power popsters SHONEN KNIFE, along with erstwhile compadres in the mirthful upending of contemporary culture THE FAUVES. We also present 2 days of extended celebration in hometown BRISBANE as presented by 4ZZZ and featuring on Saturday - DICKLORD, TAPE/OFF and FAT. And on Sunday - KOKO UZI, THE STRESS OF LEISURE and SCREAMFEEDER . 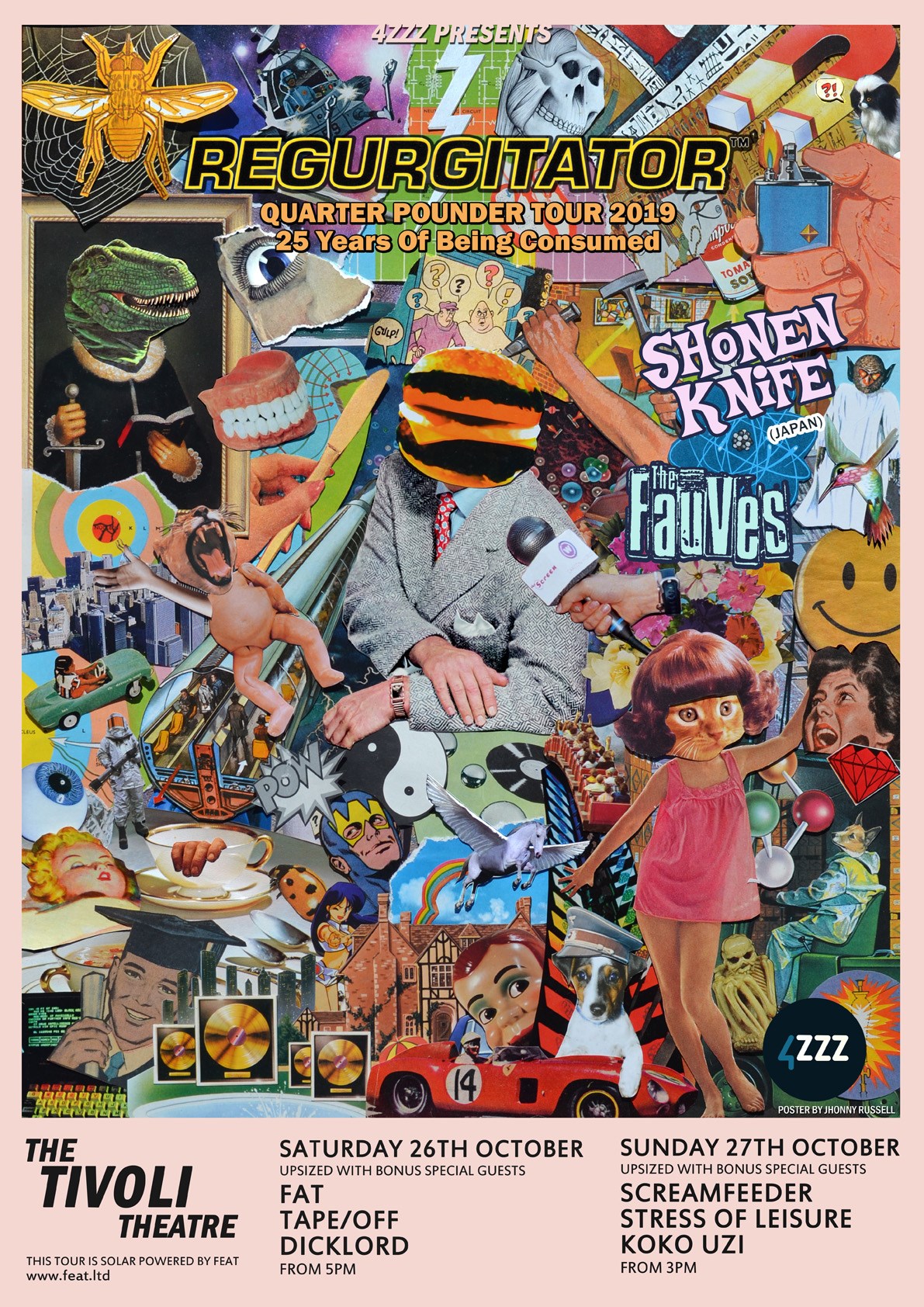